A lot of companies that control cryptocurrencies are moving away from the GPU method for mining. The reason has plenty of factors, from supply and demand for GPUs leaving numbers limited, to wanting to be more environmentally friendly. Still, that hasn’t stopped companies like ASRock from pushing into the market as it stands now. The new H510 Pro BTC+ motherboard is designed for this task, and while it can be used for other purposes it seems like it’s clearly designed for the single use of mining.

With that said, let’s get into the nitty gritty. The motherboard itself measures 20.1 x 8.8 inches, making it an unconventional shape for any case. Not to worry though – most crypto farms tend to avoid putting the devices in cases, instead opting for external cooling systems that skim across multiple motherboards. It seems that this board was developed with the open air format in mind, which makes sense in the market.

The general specs of the motherboard are:

Let’s break some of these down. A lot of this is standard for the world of crypto mining, albeit with efficiency clearly at the forefront of their thinking. There is no onboard Wi-Fi or audio, as these aren’t much needed for the purpose these devices will be set to. There is, of course, LAN and an ethernet connection, which means these can work in a network easily.

Interestingly, only one of the SATA ports is able to support running at x16 when multiple GPUs are plugged in. The rest have to run at 1x, which seems a strange decision when the point is in milking every little bit of power out of such devices in this application. Still, each port has an LED to indicate if all is well or if something needs fixing, which is helpful for mass inspection.

Another strange oddity is that storage space on the motherboard itself is scarce. There is only one M.2 slot for installing an SSD (and a small one at that), and only one SATA 6Gbps port available. There’s also only one DIMM slot as well, which supports either a 32GB DDR4-3200 memory module when connected with Rocket Lake, or a 32GB DDR4-2933 with a Comet Lake. Some would consider this a little lacking, but for the task at hand it makes some sense. Still, at least it comes with an HDMI port, two USB 3.2 ports, two USB 2.0 ports, and even a PS/2 input for a mouse or keyboard. Good to see that old format still supported these days.

Some have concerns about the longevity of this board with BTC and Ethereum, but other coins do exist, and they could be mined and exchanged with the more premier currency choices on the market when these switches come into play, meaning that the H510 Pro BTC+ is a decent investment for some time to come. It all depends on how you plan to use the coins you’d be mining.

So, if you’re considering making a crypto farm, this could be the route for you if you’re not wanting to buy a prebuilt device in full. The H510 Pro BTC+ is available to preorder for $280 on Newegg right now, so pick one up if you’re interested. Alternatively, you may want to wait and see what the future of crypto farming holds, what with the changes on the way. 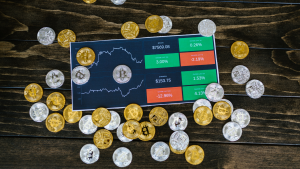 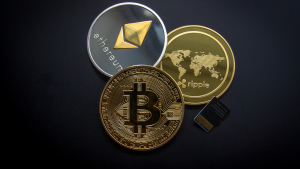